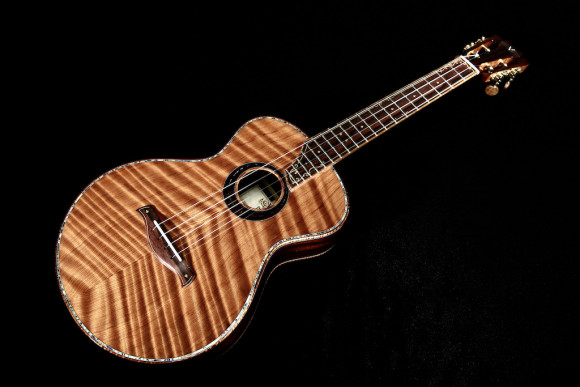 Circa 2020. Preowned. A masterpiece! Custom DeVine Tenitone Ukulele handcrafted on the island of Maui, HI by master luthier Eric DeVine. Eric handcrafts a select number of instruments per year using only the finest grade of woods and materials available. With a prestige and craftsmanship like no other, DeVine ukuleles are among some of the absolute finest ukuleles available in the world and highly sought after.  His attention to detail and love of his craft is a testimony to the caliber of instruments he produces, many of which continue to be adorned by musicians wo
Read More
Back to the top 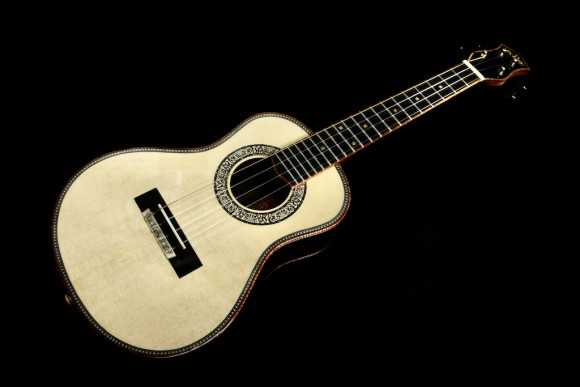 C.2020. Preowned. Custom ukuleles by Bruce Petros. Beautiful Petros Tenor Ukulele handcrafted by luthier and artist Bruce Petros of Kaukauna, WI. Bruce a luthier of finely crafted instruments for over 40 years handcrafts some of the most aesthetically pleasing and tonally balanced instruments on the market. Since 2000 his son Matthew has also joined the ranks of fine luthiery practices alongside his father in making instruments for all to enjoy.  Together, this father-son duo continues to build ukuleles and guitars that are regarded as some of the finest in the worl
Read More
Back to the top 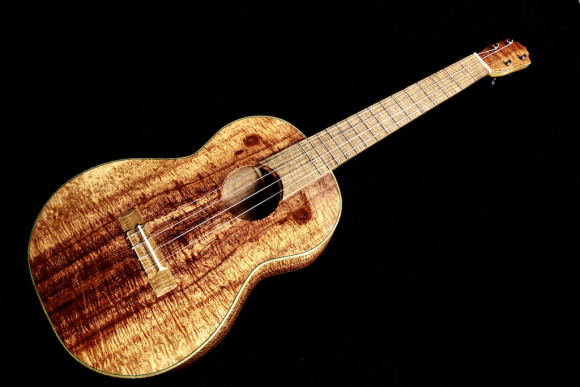 Circa 2019. Beautiful Les Stansell Baritone Ukulele. Les combines a traditional Spanish Classic design, meticulously handcrafting each instrument with comfort, tone, and aesthetics in mind. Living on the South Oregon Coast, Stansell incorporates the very best this rare wood has to offer in a quest to emulate Spanish classical guitar masters. Stansell Guitars and Ukuleles was profiled in the April 2011 edition of Acoustic Guitar Magazine. His short documentary “A Guitar Makers Path” was also selected and screened at the 2011 Ashland Independent Film Festival and the
Read More
Back to the top 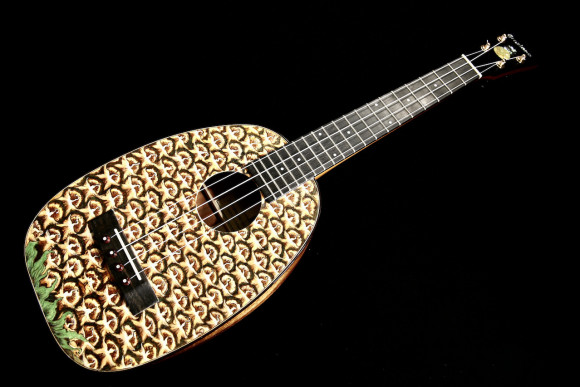 New. Beautiful and meticulously made Custom Graziano Pineapple Tenor Ukulele handcrafted in Santa Cruz, CA by legendary luthier Tony Graziano. Soundboard hand-painted by Ann Miya. Tony has been building musical instruments since 1969 and ukuleles, specifically, since 1978. He has since transitioned away from guitars to primarily focus on his passion for handcrafted ukuleles since 1995 almost exclusively. His instruments are world renowned and his instruments are loved by musicians and recreational ukulele players throughout the world, but especially those here in th
Read More
Back to the top