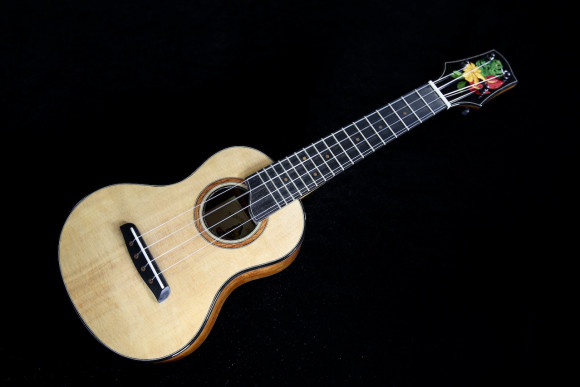 Circa 2020. Preowned. Custom Moore Bettah Ukulele. Beautiful custom Moore Bettah Soprano Ukulele handcrafted by master luthier Chuck Moore of the Big Island, HI. Chuck handcrafts some of not only the most aesthetically pleasing ukuleles available on the market but also professional recording level instruments for both the professional musician and recreational player. This wonderful and extremely rare Moore Bettah soprano ukulele was crafted from the finest materials. Gorgeous master grade Hawaiian curly Koa wood back and sides with a Sitka Spruce soundboard. Macass
Read More
Back to the top 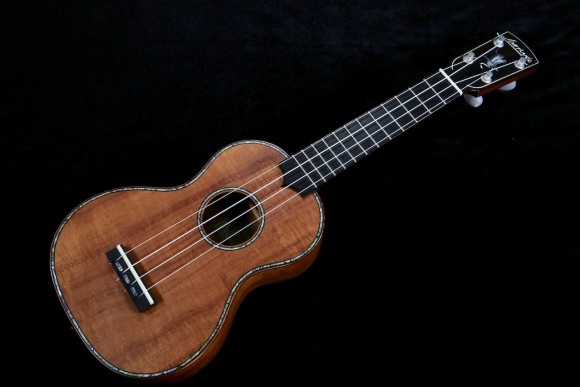 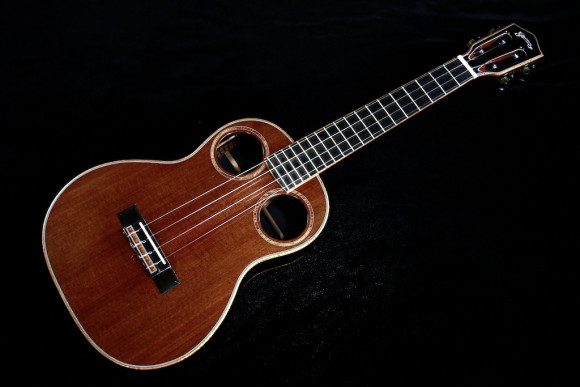 2017. Preowned. A work of art! Custom Steve Grimes Tenor Ukulele built on the island of Maui, HI. If you were looking for the best of the best in high-end ukes, look no further! The time invested on each piece is a testimony to over 45 years of guitar and ukulele luthiery and can be seen in the quality of instruments he handcrafts and the world-class tones they produce. Absolutely incredible in all aspects of construction and sound. Steve is at the forefront of discussion in terms of contemporary luthiery theory and technique while remaining firmly rooted in his und
Read More
Back to the top 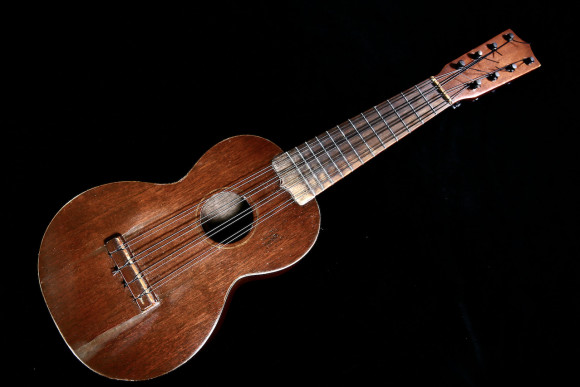 A wonderful 1920s Martin (8-string) Taropatch Ukulele handcrafted by C.F. Martin & Co. of Nazareth, PA. This historical and rare Martin taropatch ukulele was handcrafted of a Mahogany wood top, back, sides, and bridge with a Brazilian Rosewood fretboard.  Two-ring concentric circle rosette and 8-string tuning configuration for accompaniment playing. Classic vintage Martin wood stain and natural finish. Single top purfling line and top Rosewood binding for aesthetic appeal. A wonderful dry and aged wood sound with a broad range of tones and a fuller sound when co
Read More
Back to the top