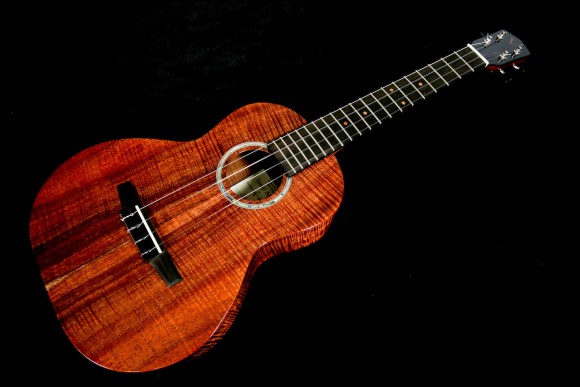 New. A beautiful Custom Vento “Hybrid” Tenor Ukulele handcrafted on the Big Island of Hawai’i by Fred Vento of Vento Music. This is a wonderfully handcrafted ukulele by one of Hawaii’s hidden gem luthiers. This Custom Vento “Hybrid” Tenor Ukulele was handcrafted of a master grade set of curly Hawaiian Koa wood on the face, back, and sides. The neck was carved from solid Honduran Mahogany wood (not Hawaiian Koa wood) with truss rod for added stability and increased sustain on the instrument. Musicians grade Macassar Ebony wood was
Read More
Back to the top 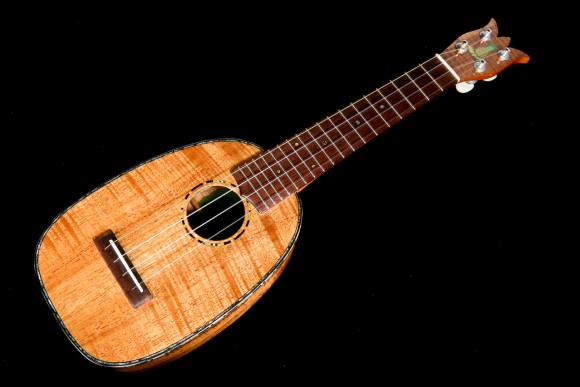 New. Beautiful custom Antar soprano pineapple ukulele with 14 frets to the body – handcrafted by luthier Kaoru Aoki of Japan. Kaoru attended the famed Roberto-Venn School of Luthiery in Arizona, USA. Upon graduation he returned to Japan and established Antar ukuleles, where he has been handcrafting ukuleles and guitars for his clientele throughout Japan. One of Japan’s established names in string instrument construction, Kaoru continues to be praised by his luthier peers. Incorporating his knowledge and understanding of string instrument luthiery, Kaoru
Read More
Back to the top 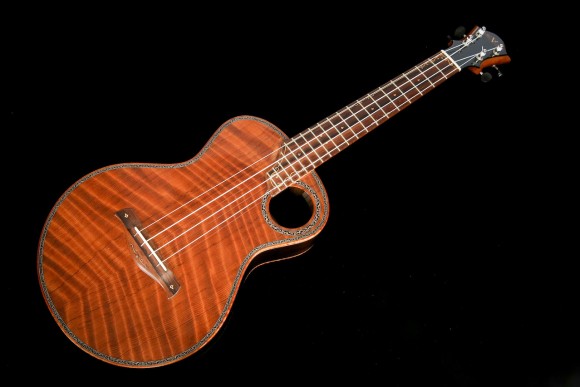 Circa 2018. Preowned. Custom DeVine “Brazilian Rosewood and Curly Redwood” Tenor Ukulele handcrafted on the island of Maui, HI by master luthier Eric DeVine. Eric handcrafts a select number of instruments per year using only the finest grade of woods and materials available. With a prestige and craftsmanship like no other, DeVine ukuleles are amongst some of the absolute finest ukuleles available in the world and highly sought after.  His attention to detail and love of his craft is a testimony to the caliber of instruments he produces, many of which con
Read More
Back to the top 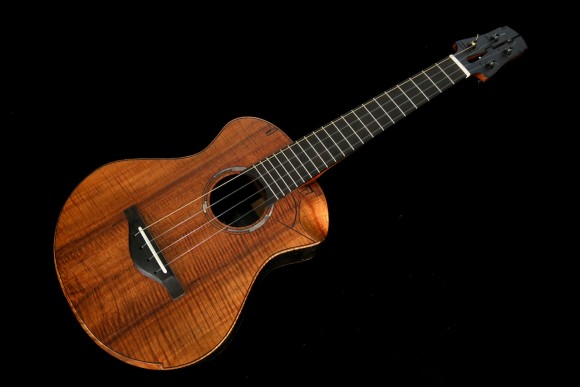 New. Custom Po Sans Ukulele by luthier “Po” of Sapporo, Japan. An incredible approach to 21st century ukulele lutherie, Po continues to design elements into his builds that elevate his pieces into the category of functional art. His interest in finely handcrafted ukuleles and guitars began in 1997 when he studied under famed Japanese luthiers, Mitsuhiro and Izumi Uchida of Nagano, Japan. In 2001, Po began his journey as a new luthier in handcrafted guitars and ukuleles and continued on this path for ten years, handcrafting some of the finest guitars and
Read More
Back to the top